The exhibition cherishes the cross-country skier and the sports commentator Håkon Brusveen.

From farmer to Olympic master

The exhibition tells about the boy from the smallholding Brusveen in Vingrom who had astma as a child. As his goal was to become a cross country skier this did not stop him .

23 February 1960 Håkon Brusveen stood on the top of the podium in Squaw Valley after beating all his competitors in 15 km in the Olympics. He became Norway's  skiing-Håkon!

When the request came from the Norwegian Broadcasting channel to be a radio reporter, Brusveen first it believed it to be a joke.  This was, however, the beginning of a new kind of radio coverage of cross-country skiing that became very popular.  Brusveen was commenting directly from the slopes as he spoke about technique, the glide and timing on his own dialect. And such he bacame entire Norway's radio-Håkon.

When the world's first skiing course for blind people was arranged at Beitostølen in 1962,  Håkon Brusveen was the instructor. He wished the participants welcome with «Look at me…». In cooperation with Erling Stordahl, who was the initiator, he was a permanent helper until 1987.

Try to be a sports commentator

The museum has its own very small commentator box. You can hear Brusveen comment on the sports programs and try to comment yourself. 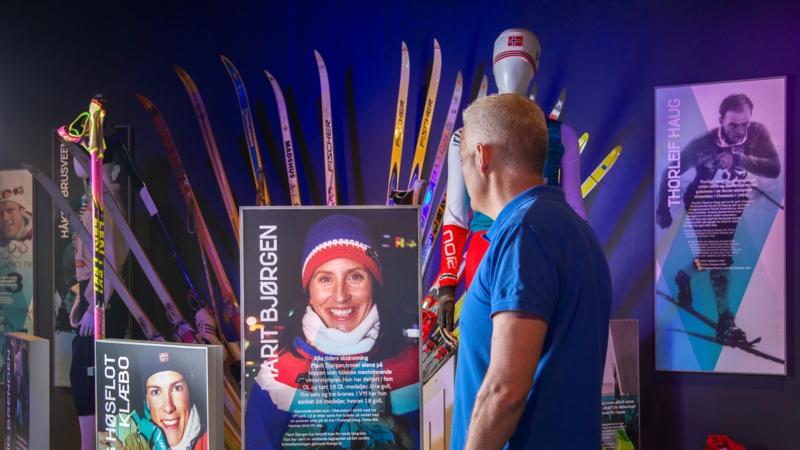 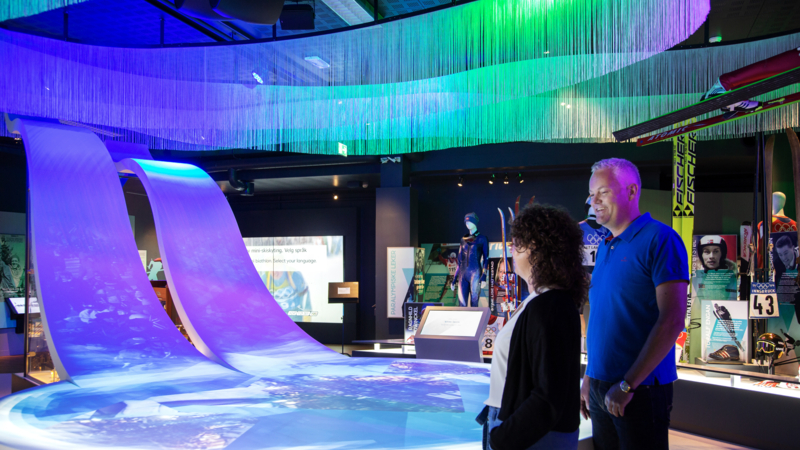